Mickey Mouse is getting a big jolt from the world's biggest cafe chain.

Starbucks announced plans to open six cafes at Disney theme parks in Anahiem and Florida. The first will open this summer at Disneyland California Adventure.

The other cafes are planned for Disneyland and Walt Disney World Resort, including locations at Magic Kingdom, Epcot, Disney's Hollywood Studios and Disney's Animal Kingdom.

At California Adventure, Starbucks will be located in the Fiddler, Fifer and Practical Cafe on Buena Vista Street. (The cafe is named after The Three Little Pigs)

The store's location plays off the Spanish/Mexican architecture of the period, and baristas will wear 1920s-inspires attire.

"The first car, 717, arrived in December 2011,and aren't yet show ready. With sandbags covering the floors, replicating the weight of eager Guests ready to be transported from Buena Vista Street to the Twilight Zone Tower of Terror. Temporary advertisements have been installed inside one of the Red Cars, showcasing all of the shopping and dining opportunities Guests can explore along the trolley's route.

So how do you prepare for a role driving a mode of transportation that you've never experienced? Fortunately for the enthusiastic crew, Disneyland Resort is only about an hour's drive from Orange Empire Railway Museum in the Riverside County community of Perris, California. The museum boasts a collection of original Pacific Electric Red Cars, a main mode of transportation in Southern California in the 1920s and '30s- and a source of inspiration for the Red Car Trollys that will transport Guests back in time as they explore Buena Vista Street.

With less than two months to go until opening day, the team is putting on the final touches, including the storyline for their role. A motorman or motorette will drive the trolley and a conductor or conductorette will stand in the back, spieling the different sights and sounds along the way.

Each Red Cars' number has a significant connection to Disney history.

"Out of the night, when the full moon is brigtht, comes the horseman known as Zorro.

This bold renegade carves a 'Z' with his blade, a 'Z' that stands for Zorro."

Long before Indiana Jones and Captain Jack Sparrow ruled Adventureland, one of Walt Disney's most popular television characters, Zorro, made several weekend appearances at Disneyland Park from 1958-60, taking Guests on a wild journey through Frontierland.

Based on the popular "Zorro" adventure series starring Guy Williams, the action-packed shows were held on the rooftops of Frontierland and the Mark Twain Riverboat in April, May and November 1958, and then again in November 1959 and 1960.

Fun Fact: The parking garage at The Walt Disney Studios is named the Zorro parking structure, paying homage to the hit television series that was taped in that exact location in the late 1950s.

A group of Disneyland Cast Members(12) will split a $277,955 prize from the Mega Millions massive $656 million jackpot. The ticket was one number short of winning $656 million. The ticket was bought at the 7-Eleven on Ball road (2145 Ball/State College), about 2 1/2 miles from Disneyland.

Each Cast Member, will receive about $14,000 after taxes.

Couple trying to visit Disneyland every day in 2012:

The turnstile clicked for the 100th time in a row Monday for a couple continuing a streak of visiting Disneyland every day in 2012.

Jeff Reitz and Tonya Mickesh met while scuba diving in 2006, and they found they shared a love of Disneyland. They got the idea to visit every day in 2012 when Disneyland announced it would be open for 24 hours on Leap Day.

"I woke up New Year's Day and decided 'I'm going to take advantage of that' and said we're doing 366 days this year," Mickesh said.

Reitz and Mickesh were at the front of the line on Leap Day and spent the entire 24 hours at Disneyland. But many days they were there just for an hour or two, always Disneyland first, with occasional visits to Disney California Adventure.

The May 3,2012 event --capped by the first midnight showings of "The Avengers"-- is already sold out at 10 of AMC Enterainment 10 largest theaters. Fans snap up $40 tickets to special 'Avengers' Marvel movie marathon.

Fans are so eager to see The Avengers they are willing to sit through five of Marvel's previous films first. Tickets are $40 for the event, which also features Iron Man,The Incredible Hulk, Iron Man 2, Thor and Captain America: The First Avenger--featuring the characters who come together for Avengers.

DisneyNature is celebrating the theatrical release of "Chippanzee" by joining forces with the Jane Goodall Institute (JGI) to protect these endangered great apes through the See "Chippanzee" See Chipanzee program. During opening week (April 20-26), Disneynature will make a donation to JGI through the Disney Worldwide Conservation Fund to protect chippanzee and their habitats.

"Chipanzee" is a ture - life adventure set in Africa that introduces young chimp Oscar and his remarkable story of family bonds and individual triumph. The playful chimp's curiosity showcases the intelligence and ingenuity of some of the most extraordinary members of the animal kingdom.

Disneyland Park is magical anytime of the day, but the park really comes to life when the sun sets and the lights twinkle along Main Street, U.S.A.
Capturing the nighttime magic at Disneyland Park, a special episode of "Walt Disney's Wonderful World of Color" aired on April 15, 1962, titled "Disneyland After Dark."

Joining Walt Disney were some of the '60s hottest celebrities including Louis Armstrong performing on the Mark Twain Riverboat, Annette Funicello singing "I Love to Dance," and making their network televison premiere, the Osmond Brothers. To end the program, Walt Disney appeared in front of Plaza Gardens,decked out in a purple feathered cap and snacking on popcorn while wishing everyone good night.

A...If a parsley farmer is sued, can they garnish his wages?

B...What was the best thing before sliced bread?

C...If you try to fail, and suceed, which have you done?

E...A husband is someone who, after taking trash out, gives the impression that he just cleaned the whole house!

F...The trouble with life is there no background music!

G...A hangover is the wrath of GRAPES!!!

H...If you can read this, thank a teacher - and since it's in english, thank a soldier!!

In Marvel's 'The Avengers,' super heroes team up to pull the world back from the brink of disaster when an unexpected enemy threatens global security.

Similar to the "Tron" - themed wrap, one of our Magic Kingdom Park Monorails is currently undergoing a Marvel's 'The Avengers' - themed changeover to celebrate the May 4, 2012 opening of the film,which stars Robert Downey Jr., Chris Evans, Mark Ruffalo, Chris Hemsworth, Scarlett Jonansson, Jeremy Renner and Tom Hiddleston, with Stell Skarsgard and Samuel L.Jackson as Nick Fury.

The prototype Disney Store opened in Glendale, California on March 28, 1987. Initially, the store primarily sold merchandise from Disneyland Park. First - year revenue exceeded all projections and paved the way for more stores outside of Southern California. By the end of 2012, Disney Store will have more than 350 stores worldwide, employing more than 8,000 Cast Members.

The first 13 stores were individuaaly designed and themed to each specific community. In 1989, Disney Store created a single store design that was modified to accommodate each store's size. In 2010, Disney Store unveiled its newest design, blending technology and imagination and creating an immersive, interactive Disney experience. The largest of these stores is in New York City's Times Square.

The magic continues this fall, when Disney Store will open its inaugural location in Shanghai, China. Also this fall, the first Disney Baby Store is scheduled to open at the Americana in Glendale.

I remember when the first Disney Store opened, till flies when your having fun at Club 33 working as the bartender....Dr Lee (retired June 20, 2007)
Posted by Dr. Lee at 4:29 PM No comments: 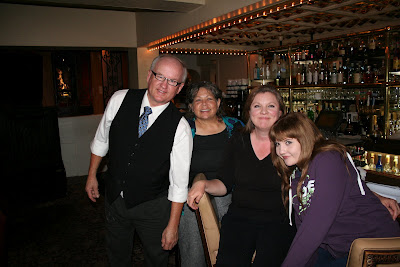 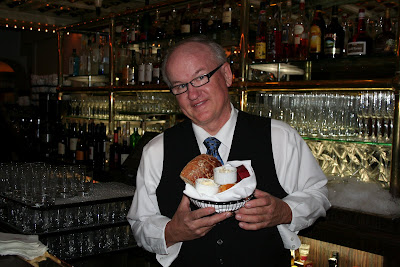 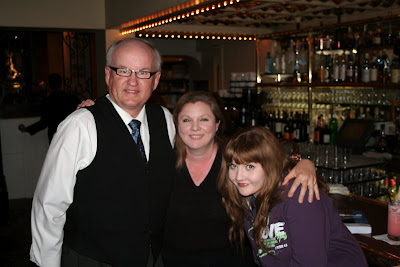 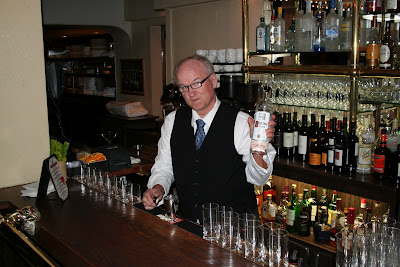