It took a little faith, trust and pixie dust, but the Tinker Bell Half Marathon Weekend at Disneyland Resort is expanding to include the inaugural Tinker Bell 10K in 2014. The new Disney Fairies-themed 10K will be held Saturday, January 18, and builds on the massive popularity of the runDisney series.

Finishers of the race will receive a new fairy-themed medal. In it's third year,the Tinker Bell Half Marathon Weekend-among the largest women-specific running events in the country-is scheduled for January 16-19,2014.

How many of you have already had the chance to swing by the new Disney Gallery location inside The Disneyland Story presenting Great Moments with Mr. Lincoln at Disneyland Park?

Gracing the walls of the new location are conceptual and definitive works of art themed to the new exhibit titled Tiki,Tiki,Tiki Realms, Celebrating 50 years of Enchantment.

The Enchanted Tiki Room attraction began with a bird. During a trip to New Orleans, Walt Disney came upon a mechanical singing bird in a collectibles shop. He brought it home and with the help of his Imagineers, set about figuring out how it worked and how he could improve it.

While his Imagineers worked on building a better bird, Walt began developing an idea for a table service resturant in Adventureland called the Tiki Room. Here guests would watch these mechanical birds perform as part of a dinner show. That idea evolved into the Enchanted Tiki Room, the beloved Disneyland show that introduced the world to a new kind of storytelling technology: Audio-Animatronics figures.

Celebrating its 50th anniversary this year, the Enchanted Tiki Room still charms and delights divese audiences of all ages with its simple story,clever jokes and catchy songs performed by more than 200 Audio-Animatronics birds,tiki figures,tiki masks and flowers. Now, The Walt Disney Story welcomes you to enjoy the art, stories and bits of enchantment that have brought Polynesian paradises to life at Disney Parks around the world.

As the Walt Disney Imagineering team explained, legendary Imagineer John Hench once recalled using visualization to design the interior of the Enchanted Tiki Room. He had envisioned a single Auto-Animatronics bird singing in a central space, followed by other birds, flowers and craved tiki figures joining in on a lively jam session that filled the room.

With the help of dedicated Imagineers, that vision first came to life at Disneyland. Since it debut, the Enchanted Tiki Room went on to inspire other attractions which featured Audio-Animatronics figures, such as Great Moments with Mr. Lincoln and Pirates of the Caribbean. The innovative did more than push Imagineers to futher develop an exciting technology: it has inspired a new generation of artists to reinterpret favorite characters and moments from the groundbreaking show. 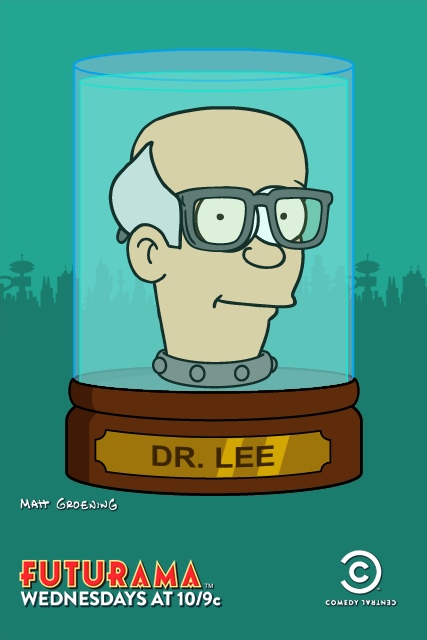 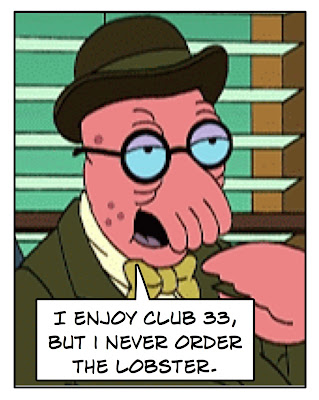 
Today, Disneyland turned 58 years old. Wow,Disneyland will never be finished as long as there is imagination in the world.

Was only 3 years old when Disneyland opened, but remember my parents taking us there as kids.Never though I would retire from Disneyland in 2007 as bartender of Club 33.

So here is to another 58 years and let's all go watch those nightly fireworks over  Sleeping Beauty Castle....Dr Lee
Posted by Dr. Lee at 4:00 PM No comments:

The letters, which stand 11 feet, 8 inches tall and weight 5,000 to 13,000 pounds each were popular with millions of Disneyland Resort guests.

Disneyland with never be finished....Dr Lee
Posted by Dr. Lee at 1:57 PM No comments:

July 17,1955 or 58 years ago.Disneyland opened to the public.I was only 3 years old and remember watching the Wonderful World of Disney on Sunday nights.

After an amazing career as bartender of Walt's private Club 33, I still look forward to my next visit to the Disneyland Resort.

So to everyone who reads this, "Happy Birthday Disneyland" and wishing you many more.


"When I started on Disneyland, my wife used to say, 'But why do you want to build an amusement park? They're so dirty. 'I told her that was just the point-mine wouldn't be."- Walt Disney

Walt Disney was committed to making Disneyland stand apart from other amusements enterprises, and as a result, Disney Parks are known not only for providing safe, quality family entertainment, but they are also the cleanest parks in the world. In 1955, Walt personally chose Charles "Chuck" Boyajian to lead the janitorial team, and charged him with the somewhat daunting task of keeping his Magic Kingdom "as clean as you can keep it."

Chuck was originally a foreman for American Building Maintenance (ABM), the company Walt contracted to clean the park. Walt soon realized that he needed his own staff  in order to achieve his vision of hospitality that included superior cleanliness. After hiring Chuck, Walt spent a great deal of time mentoring him so that Chuck understood exactly what he wanted. Walt explained that it was not just about cleaning, it was about providing a great guest experience. He taught Chuck about the quality of service provided on a luxury ocean liner or at a top notch hotel-and that was the experience he wanted for his guests at Disneyland. Walt wanted sparkling restrooms, no visible trash and clean facilities-all to be delivered by helpful and friendly custodians.

As the very first manager of what is now called Custodial Guest Services, Chuck spent 25 years establishing a reputation of cleanliness and efficiency that never been seen beforwe in an outdoor entertainment venue. From the beginning, Chuck was innovative in his approach to cleaning the grounds and structures of Disneyland. Specifically, he had the challenge of keeping Disneyland clean while guests were present. This meant never closing restrooms or allowing the function of cleaning to detract from the guest experience. The concept of cleaning throughout the day was a departure from industry standards of the 1950's, as it was customary for faclities to be cleaned only after closing.

Chuch trained a "Disney Dynasty" of Custodial host and hostesses, who are proud to say decades later that they are members of "The Team that Chuck Built." Like Walt, Chuck believed that "cleanliness breeds cleanliness," and working with longtime friends and creative colleagues such as Tom Roppa, Roy Young, Ray Sidejas,Wayne Culver, and Mike Sweeney, Chuck and his team were able to achieve Walt's vision of maintaining the cleanest parks in the world. Chuck once commented on his team stating, "The men and women of our Custodial operations have set the industry standards for cleanliness. The pride of our cast members is unsurpassed."

Chuck also brought his expertise to the establishment of the custodial functions for the opening of Walt Disney World Resort in 1971, and for Tokyo Disneyland in 1983. When a nervous new cast member sweeper once asked for guidance, Chuck replied, "How spic do I want the area? Well, I"ll tell you, son. No less than span!"

Chuck retired in 1981, however, he remains a legend among his professional successors, who continue the traditions established by Chuck at Disneyland more than 50 years ago. to this day, almost 58 years after the opening of Disneyland, only four individuals, including Chuck, have had the great responsibility and honor of leading the custodial operation. Chuck received a window on Main Street, U.S.A.,in 1981. The window, which is located above the Market House, is aptly inscribed: Royal Care Co."We Keep Your Castle Shining," Chuck Boyajian, Prop.

Instead of bringing Star Wars to Comic-Con, Disney and Lucasfilm are touting the anticipated rebot at the D23 Expo.

The bi-annual event, taking place Aug. 9-11 at the Anahiem Convention Center, will feature a strong Star Wars presence, with Disney planning events like Darth Vader: the Evolution of a Villain, showing the development of the villain, to Crash Course in the Fourse: Star Wars saga 101.

Insiders say some Star Wars actors may be making appearances during the D23 Expo, confirming their participation in the J.J. Abrams-directed sequel trilogy-which is expectede to hit theaters in 2015. (Filming is expected to begin in early 2014 in the U.K.)

remember the first Star Wars, was dating Jan and she love the movie and me...Dr Lee
Posted by Dr. Lee at 11:09 AM No comments:

What every true Western hero needs:

Celebrate "The Lone Ranger" with youth size T-shirts and a Tonto-inspired headdress and wig featuring a faux suede headband, breaded braids, real feathers and a crow topper. These items, as well as others, are now available in Bonanza Outfitters in Frontierland.

And, for those who need to water their horses or wet their whistles, The Golden Horseshoe will feature a root beer float served in a souvenir boot mug. the Stage Door Cafe will also offer the mug with any soft drink purchase.

Disneyland Guests embarked on a journey down the rabbit hole-just like the one Alice experiences in the Disney film "Alice in Wonderland"- when the attraction of the same name debuted June 14, 1958.

Walt Disney was on hand to proclaim the Alice in Wonderland attraction officially open, seven years after the premiere of his animated movie, based on Lewis Carroll's classic novels "Alice Adventure in Wonderland" and "Through the Looking Glass." The attraction closed during Fantasyland's expansion in 1983-84, during which time its show scenes were changed and the voice of Kathryn Beaumont (who voiced Alice in the movie) was added as narration.

In 2010, director Tim Burton put his own spin on the classic characters in a live-action "Alice in Wonderland," followed by opening of Mad T Party last year in Disney California Adventure Park, which took inspiration from the movie. And the new T.V. series, "Once Upon a Time in Wonderland;" will air Thursday nights this fall on ABC.

The towering mushroom near the queue is a former ticket booth that dates back to when Guests purchased individual tickets for each attraction. This system was used from opening day July 17,1955,until 1982. When Alice in Wonderland opened, it was a "D" ticket attraction, setting Guests back a whopping 35 cents.

If you want to see Disney at it's best, see the new movie "Lone Ranger." Saw it last night ,July 5th and I was amazed.
It's a little long, however, lots of action, funny little lines and the special effects are wonderful. The last 30 minutes are intense and fast.